Title: Night Date [Iwamoto/Sakuma]
Rating/Warnings: NC-17
Summary: Iwamoto proves to Sakuma that vampires can be romantic too.
AN: Set in Kira's au where vampires and humans go to school together. Based on the fact that Iwamoto and Sakuma totally had this exact all-night date and then had to walk of shame back into work the next day wearing the same clothes. Good job, boys.

So I've been informed that apparently that joke is funny because it's stereotypically lesbian to move together very quickly. This is why I keep crazy art school friend around, to keep me in touch with my people. anyway, she's coming to visit in a couple weeks, which is nice since I haven't seen her in ages.

I'm just over 3k for NaNo which is not too far under word count, but I'm kind of just shuffling along without much enthusiasm for it. Hopefully it'll pick up sometime this week? or else I guess I'll work on hols early, or whatever. I just can't seem to get terribly worked up about my idea this year.

Time change yay! I am all about this extra hour. I even managed to clean guinea pigs this morning before lunch. I did not manage to do the bunch of school work I was really supposed to, but you know, oh well. took a 3 hour nap instead and was pretty happy about it.

so I guess I better go back to trying to write. sigh. 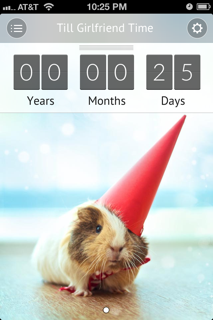 Entry also posted at http://mousapelli.dreamwidth.org/860065.html if you'd rather comment there.
Collapse